With a Masters Degree in Social Work, Lisa began her career as a helping professional. Very early on however, Lisa’s entrepreneurial spirit and furthered education in MBA courses revealed a deep passion for Marketing and in 2011 Digital Marketing Experts, now DMX Marketing Inc was born.

Lisa is a firm believer in the strengths of education, both in personal development and helping better expand client knowledge. From teaching and consulting companies and brands, to public speaking, Lisa uses this ethos of education to not only help provide a better level of understanding for clients, but to build a strong working relationship, ensuring a successful digital campaign and the best outcome for all sides in each and every project.

With expertise and qualification in all areas of Google Advertising and an extensive knowledge of the digital marketing landscape, in 2015 Lisa was the first woman in North America to be invited to and complete the Google Partnership Business Coaching Program for Agency Owners. In 2016 Lisa was invited to the Forbes Agency Council, with active ongoing published contributions to the digital landscape. With her expertise, Lisa has helped businesses across a wide variety of industries to become established online, growing each brand’s digital presence and consulting on how to navigate the world of social media.

From crafting and optimising your brand’s social media, to delivering the digital marketing plan to achieve the goals you want, Lisa has the knowledge and skills to help.

Adolfo began his career with an educational background in Civil Engineering and MBA. With experience in the International Trading, Oil & Gas industry, his Entrepreneurial background consists of setting up businesses from Textile Distribution in Europe, Crude Oil Transportation and Car Dealerships.
With a move to Canada, Adolfo quickly realized the growing potential of the internet and began working in online marketing from its beginnings in the early 2000’s,

Adolfo was the Regional VP for Europe with one of the largest digital marketing agencies building a network of over 300 franchisees in France, Spain and the UK, mainly.

Needless to say, Adolfo has great knowledge and expertise of the digital marketing landscape. Fully Google Certified, in 2011 Adolfo became a partner in the creation of DMX, now DMX Marketing Inc. In 2015, DMX was one of the first 20 agencies to become Google Partners in Canada and one of the 10 select agencies Google took under their wing for their Google Agency Master Business Program completed by Adolfo.

With his extensive experience and knowledge across the world of online business and beyond, Adolfo has the know-how when it comes to the world of digital marketing. From SEO, to website building, to establishing the online presence you want, Adolfo can help you achieve it.

Once upon a time there was a man and a woman with profiles on online dating sites.  Both were at the point of giving up and shutting down their profiles.  One day, the woman decided to go through all of the unread messages she had received and ignored because some of her “filtered preferences” had not been met.  While doing this she came across the profile of the man and found herself intrigued by his message.

He talked about the fact that his parents had been entrepreneurs together and that he aspired to have the same within his future relationship.  Although she was currently a government employee, she too had been raised by an entrepreneurial father whose business was always supported by her mother (while she simultaneously raised 8 children!).  Her curiosity got the better of her and she shot off a response to the email (3 months after the original introductory email had been sent!).  Despite a gap of 3 months, the man promptly responded to her email, they messaged back and forth, quickly transitioned to text and phone and within a few days planned to meet in person.  But then woops…. He ended up cancelling on HER!  WOW, she thought, he doesn’t even meet my preferences and yet I was willing to meet him and then he cancels, well I guess that’s done! But hold on, it doesn’t end there…..  The man was very charming and he managed to persuade her that he had had a family situation and that he was really interested in meeting her, so 2 days later they do actually end up meeting, and after the 1st date were initially inseparable!!

The moral of this story?  YOU CAN SELL ANYTHING ONLINE WITH THE RIGHT WRITE UP!!  Including yourself (dating profile!)

The man and the woman were Lisa and Adolfo, now partners at DMX Marking Inc.  In real life, Lisa and Adolfo had nothing in common and if it had not been for that online dating profile their paths would never have crossed.  It was their keen entrepreneurial interest that brought them together.  Lisa and Adolfo became common-law in 2010 and by August 2011 Lisa was full time at DMX while Adolfo temporarily kept working his full-time corporate position, by 2012 Adolfo was also full time at DMX.  Lisa and Adolfo were married Feb 2012.

The thing is, both Lisa and Adolfo often stated they didn’t know what came first, the business or the marriage? Kinda turns out it was the business… Both Lisa and Adolfo had a keen passion for DMX but on a personal level their lifestyles were very different.  So while a divorce was inevitable, neither Lisa nor Adolfo could give up their interest or passion for DMX Marketing.  DMX was their baby so to speak, and they were determined to be the BEST COPARENTS EVER!

DMX Marketing, Founded in 2011 originally as Digital Marketing Experts – DMX, started as a family business, but has grown today to be a Fully Integrated Digital Marketing Agency, Google Partner Agency and Member of Forbes Agency Council with offices in Oakville, Toronto and Pune, India!

At DMX, we know that great design, search engine positioning or the newest technology is not enough to effectively maximize the power of the internet today. Through the strength of our network of creative, analytical, technical and business minds, we focus on delivering true online marketing business solutions, rather than simply creating websites.

In reality, websites are just the beginning – our goal is creating an ongoing business relationship with you. DMX services will deliver far more value to your business and help you to achieve a real return on your website investment as we develop a long-term partnership.

It’s all about REAL customer engagement! Engaged customers are happy; happy customers are loyal and generate more revenue for your company. Now who doesn’t want that?

Be more profitable! Sell your products, services, documents and more online; e-Commerce represents one of today’s greatest opportunities to grow your business.

Let us run a full analysis and tell you exactly what Search Engines see when they go to your website. Contact Us for a complimentary website check.

Your website is your most effective marketing tool! We’ve been developing professional websites for more than a decade. Let DMX help you build, remodel and maintain your biggest asset.

Let your website visitors know immediately what you do and why they should care. Propel your organization ahead of the competition now!

With usage growing 58% year over year, smart devices are driving a fundamental shift in business growth through their unique capabilities. If your business isn’t on the mobile marketing bandwagon yet, you better get on.

At DMX Marketing Your Website is just the Beginning! What sets us apart from other Agencies is our use of DMX Consultants.

Digital Marketing is much more than just selling products and services online with a website. DMX Consultants have specialized tools at their disposal and can offer you a variety of solutions tailored specifically for your business. These Internet Solutions can include technologies that make your day-to-day processes more efficient, saving you money on operational expenses, better sales and customer management options and affordable marketing services. 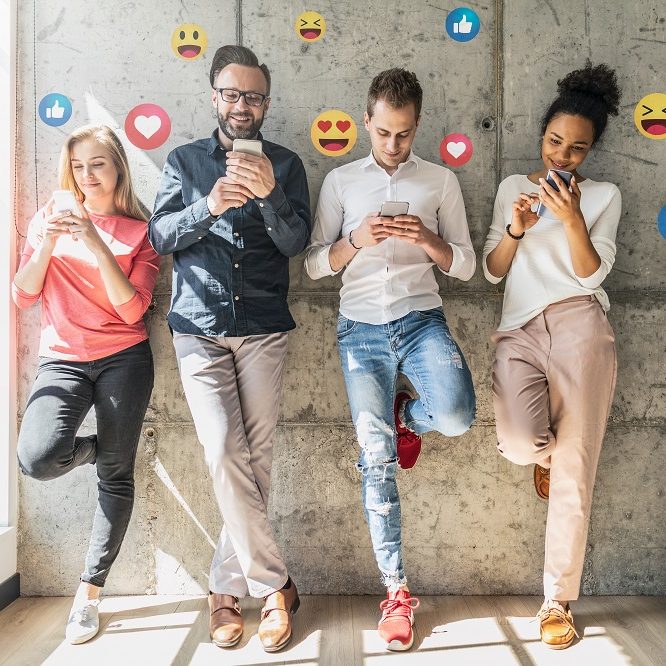 DMX Consultants may not be what you’ve come to expect when you think of Online Marketing “experts”, particularly if you’ve been approached by other Web Developers in the past. Not restricted to technology geeks, they come from a variety of backgrounds across many industries including engineering, health & wellness, business, franchise & retail, giving you the benefit of their own business experience in addition to their Internet knowledge. Our DMX network combines business & marketing executives, website design & development professionals, social media design, optimization and content specialists, and search engine & analytics experts, enabling us to develop integrated strategies that make the most effective use of your marketing dollars. We are also Google Partners, with a Google certified team. We know that great design, search engine position or even the newest technology, alone, will not be enough to effectively maximize the power of the internet. It is through the combined strength of the DMX network of creative, analytical, technical and business minds that can best ensure success. That’s an important distinction between DMX and traditional Web Designers, as we focus on delivering true online marketing business solutions, rather than simply creating websites.

Another big difference that sets our Consultants apart from traditional Web Design professionals is our goal of creating an ongoing business relationship with you. It’s almost common practice in this industry for a firm to design a website for a client and then move on to new business, never looking back. This may work well for the Web Design firm, but it certainly doesn’t work well for you. In reality, websites are just the beginning – DMX services will deliver far more value to your business and help you to achieve a real return on your website investment as you build a profitable long-term partnership.

One of the unique offerings of DMX Marketing is it’s DMX Social Programs or in the alternative, using full Service Digital Marketing Experts Community Managers to manage your Social Media!

Community Managers have the exclusive role of managing your businesses social media accounts while posing as if it is you, your business posting on it’s own behalf! Our greatest compliment is when you tell us we represent you better than you would have yourself!

What are you waiting for? Contact us today to get started with one of our Community Managers and take your Social to the Next Level!

At DMX Marketing we believe in forming the right partnerships to ensure that our customers get the best ROI out of their marketing campaigns possible! Who better to partner with than Google? We are not just a partnership in image, we take our relationship with Google very seriously.

Google has been instrumental in understanding that Micro Moments are what make up todays world. Our lives are now complimented by computers, tablets and smartphones. It is typical to see in any household members of the family multi-screening with perhaps watching tv, while surfing the internet on their laptop, and checking into things as well on their phones. With the advent of smartphones, everyone has a mini-computer with them at all times. Imagine, the average person checks their phone 150+ times a day! Imagine the potential advertising/buying power of that statistic. To learn a little bit more about these micro-moments, take a look at this video here:

Here at DMX Marketing we are able to guarantee that our customers Google Campaigns will be the best optimized campaigns possible!

Look no further.
GET STARTED TODAY

Our team of digital and business experts will guide you to the right direction.